Yakitori, Yesterday, Today and for Tomorrow 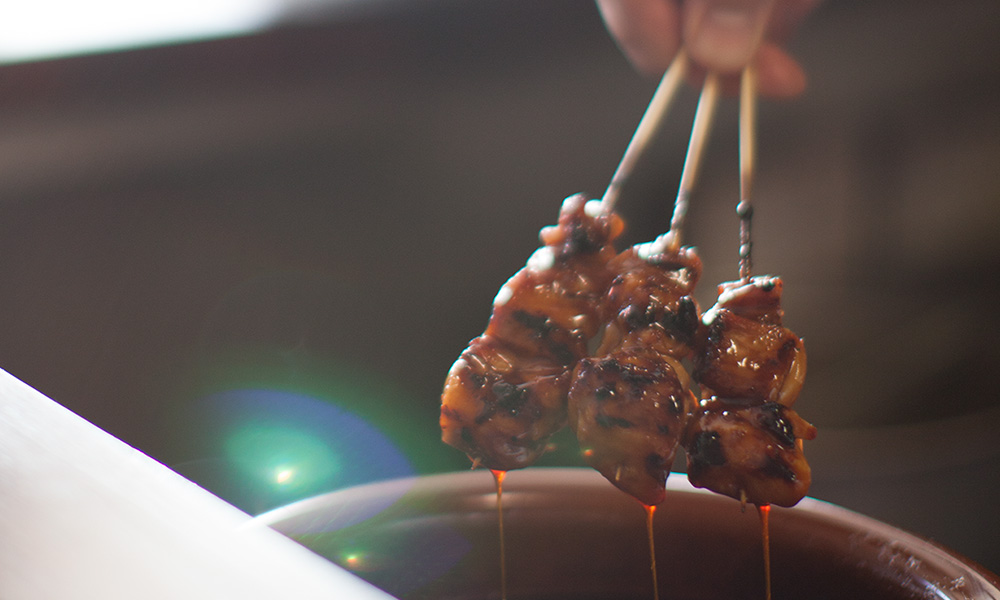 Direct translation of Yakitori is, Yaki = Barbeque, Tori = Chicken. But the name Yakitori was kept to represent the various kinds of other meat on the bamboo skewers, cook on grill from Japan.
Poultry was a luxury food back in the Meiji Restoration (1868) period. The skills of Yakitori master by using poultry carcass, gristle and offal which were dumped as garbage from high class chicken restaurant, to prepare small poultry pieces on bamboo skewer over charcoal grill has brought poultry cuisine more affordable and became popular. Beef guts, horse meat or even dog meat was among the popular skewered food in the time.

Yakiton, pork skewered were later introduced in Taisho Era (1912-1926) in Kanto area (Eastern part of Japan) while Kushikatsu (deep fried pork on skewers) became popular in Kansai area (Western part of Japan). The introduction of pork has help the birth of popularity of yakitori. But the consumption of domestic poultry in Japan has led to many breed almost becoming extinct, and made yakitori became an expansive cuisine in those days.

After WW2, US Army introduced broilers into Japan poultry farming, lower cost and massive supply of chicken has made yakitori stalls rose everywhere and became more popular than ever. Yakitori is a great affinity with alcohol, especially with the introductions of new beverages from the Western world, beer and whisky. Western image, cheap food and alcohol, these are all the chemistry made Izakaya or yakitori-ya popular among the salary man in Japan until today.

With economic growth and the increase of household incomes in Japan recent years, demand for quality of foods has expanded greatly. The unique taste and texture of the scarcity of Japanese domestic poultry has become delicacies in many high end Izakaya or Yakitori-ya. This also has encourage many yakitori master explore and introduce new ingredients from overseas for yakitori to produce high quality cuisine. The new yakitori culture has born for tomorrow.